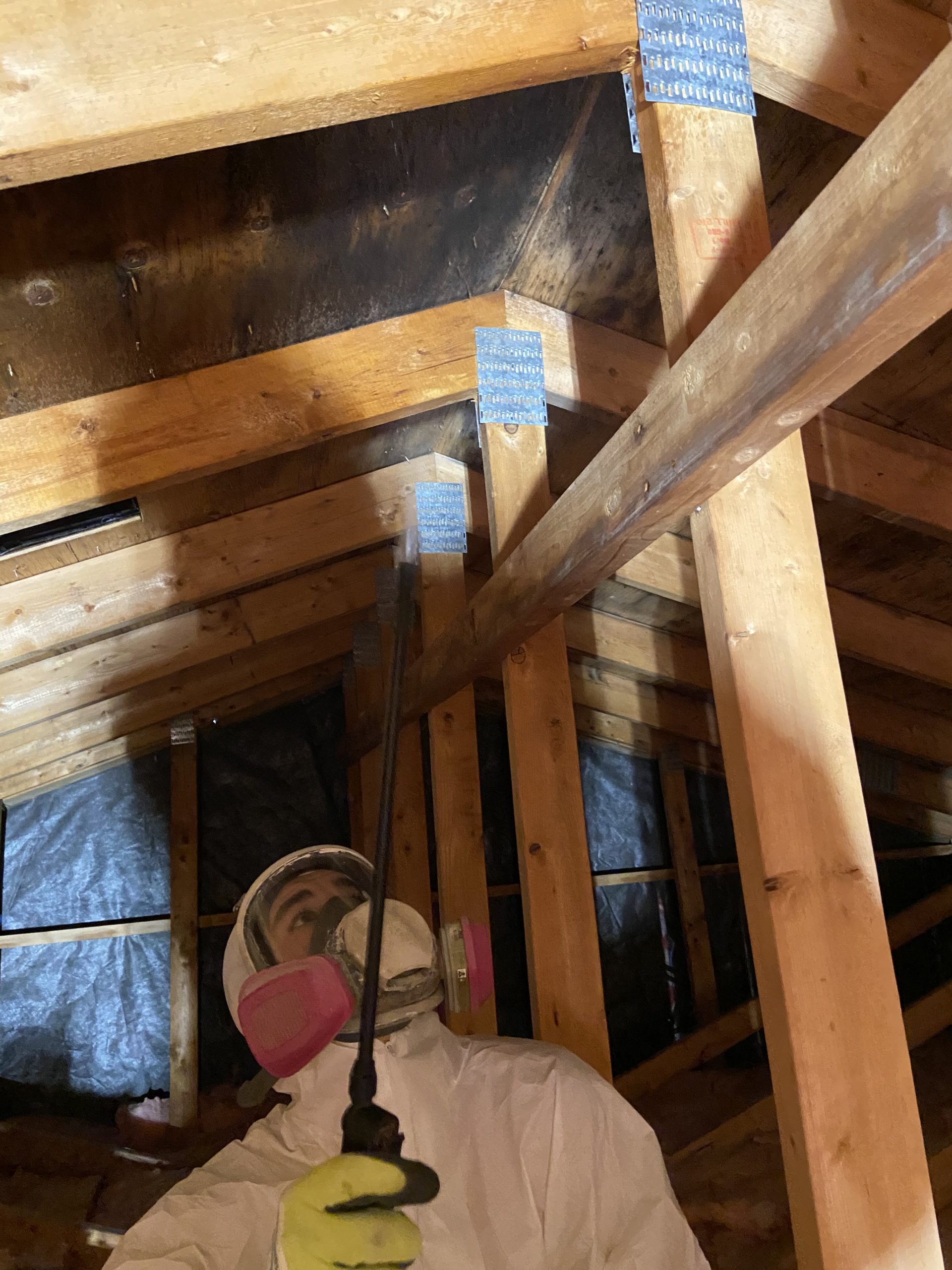 mouldCLEAN offers professional mould removal, and mould remediation services. Getting rid of mould can be a tricky procedure. At mouldCLEAN we have professional field crews working all over Ontario. With our regional office located in Sudbury, we service all of Greater Sudbury. From Wahnapitae to Manitoulin Island.

Mould growth occurs when walls, floor, carpet, or many other materials are exposed to water for a long period of time. In only 72 hours, mould can grow and spread from 1 square foot to 30. Most commonly, mould is found in bathrooms, attics (leaking roof) and basements with no water proofing.

Using a hospital mold killer, and anti-fungi sprays and paint, mouldCLEAN can safely remove black mould. Black mould removal is one of the deadliest type of mould. With black mould being left untreated, it can cause serious health problems for any age of persons.

Cleaning mould is not a trivial procedure. It can depend on location and material. To remove mold from fabric is a much different process than removing carpet mould. Mould removal often poses many problem when faced with locations such as attics or outside walls, however our teams have special equipment to deal with all scenarios.

mouldCLEAN has mould specialists on each crew to insure all protocols and procedure are being followed safely. Mold inspectors are also on our team, identifying all the correct ways to remove mold from any surface or location. It is vital that mould removal be done as fast as possible to prevent further property damage, and create a clean and healthy environment.

mouldCLEAN offers free quotes and mould inspections with just a simple phone call. We will send one of our certified mould inspectors out on location to inform you of what can be done. An inspection can often be scheduled within 24-48 hours of calling.

Mould remediation and mould removal is our specialty. Whether it be a home, office or commercial building, mouldCLEAN can immediately asses and remove mould.